The Lenient Opinion of Conversion

Acceptance of mitzvot is a general consent of the convert that he now undertakes to enter Clal Yisrael who are obligated by the Torah and the mitzvot * Even during the Talmudic period, we have found that the converts did not observe all the mitzvot, and yet they accepted them * In our generation, the fear of assimilation has also become an important consideration in accepting converts

Ideally, the aspiration is that the Jewish people in its entirety will sanctify Heaven publicly, and converts (in Hebrew, gerim) will convert in order to adhere to God and his people, to observe all of the Torah and mitzvot, and join the great vision of revealing God’s word and blessing in the world. The question is what to do when the nation of Israel is not privileged to attain this, when many Jews do not keep mitzvot and make friends and marry non-Jewish spouses, but are interested in joining the Jewish people, and even keeping some of the mitzvot, but are not willing to lead a religious lifestyle. If they are rejected, their Jewish spouses and descendants are liable to assimilate amongst the non-Jewish population. If they are accepted – there is a chance that over time and generations, they will return to keeping Torah and mitzvot.

Conversion is Dependent on Jewish Identity

According to the lenient opinion, although conversion is conditional on “acceptance of the mitzvot,” the notion of “acceptance” is interpreted differently. The acceptance is the general consent of the convert that when he converts, he undertakes to enter Clal Yisrael which is bound by the Torah and mitzvot – their reward, and their punishment – as explained in the Written and Oral Torah, but without a personal obligation to keep all the mitzvot. This is a general acceptance of Israel’s religion, and that from that day on, when asked who he is, he will answer unequivocally to all those who ask: I am a Jew!

This is what emerges from the instruction of our Sages (Yevamot 47b) to inform the convert before conversion “a few of the lighter mitzvot and a few of the more stringent mitzvot.” And if the conversion depends on the convert committing to keep all the mitzvot, he should be taught them all, because there may be a mitzvah that he cannot commit to keeping, or because he has a very strong yetzer (inclination) to transgress it, or because in his mind, he does not agree to it. Rather, it is enough that he knows the Jewish religion and wants to join it, in order to convert him.

This is also proved from the Gemara in Shabbat (68, a-b) that speaks of an extreme case of a convert who did not know it was forbidden to worship idols and to work on Shabbat, and consequently, desecrated many Shabbats and worshipped numerous idols, and our Sages discussed the question of his sin offering. It did not occur to them to say that his conversion was invalid. In other words, conversion does not depend on an honest commitment to keep the mitzvot, rather on a general acceptance of the Jewish religion.

The meaning of what our Sages said (Bechorot 30b): “A gentile who comes to convert and takes upon himself to accept the words of Torah except for one matter, he is not accepted as a convert”, is that if he has a fundamental objection to one of the mitzvot, he should not be accepted, but there is no requirement of him to oblige to actually fulfill all the mitzvot.

The Custom of Hillel

Further evidence that conversion is not conditional on an obligation to keep all the mitzvot – is from the custom of Hillel the Elder, who accepted converts who declared at the time of their conversion that they would not keep all the mitzvot (Shabbat 31a). One convert agreed to receive the Written Torah but not Oral Torah, another agreed to accept only the Torah he could learn while standing on one foot, and the third converted in order to be a high priest and wear his clothing – something that is forbidden from the Torah. Despite this, Hillel converted them, because he assessed that over time, they would progress and accept the Torah. From this, we see that even when a convert does not accept all the mitzvot – his conversion is valid. True, Tosafot (Yevamot 24b) wrote that Hillel was “sure” of this, however, it is impossible that he relied on ruach ha-kodesh (divine inspiration), because halakha is not ruled according to ruach ha-kodesh, rather, he assessed this out of his wisdom (Atzei Ha’Levanon 63 Pri Ha’Sadeh 2:3; and others).

Similarly, in order to save Jews from assimilation, many poskim (Jewish law arbitrators) from different parts of the Jewish world instructed to convert people’s spouses and children, even though it was clear that they would not lead a religious lifestyle.

Even in the Past Many Converts Did Not Keep Mitzvot

It is true that some claimed that in the past converts could be taught some mitzvot and not require them to commit to keeping them all, because in the past everyone was religious, and it was clear that after the convert entered an all-religious community, he would accept its customs, and eventually keep all the mitzvot (D’var Avraham 3:26). However, this claim is incorrect, since even in the past, many converts did not keep the mitzvot properly. That is why our Sages said in four places in the Gemara: “Converts are as painful to the Jewish people as is sappahat (a leprous scab).”  Rashi interpreted: “Who are not careful in the mitzvot, and their friends and those drawn to them, learn from their deeds” (Kiddushin 70b); “Who continue to follow their old ways, and other Jews learn from them, or rely on them in questions of isur ve’heter (dietary and medical laws) (Yevamot 47b). This is what other Rishonim also wrote, as a single commentary (Rid, Meiri), or as a main commentary (Tosafot, Maharam, Samag, Rosh).

This is also what Rambam wrote (Isurei Bi’ah 13:18), after dealing with converts who worshipped idols: “For most converts convert for an ulterior motive and later cause Jews to stray. It is difficult to separate from them once they have converted. Look at what happened in the desert at the worship of the Golden Calf and Kivrot HaTa’avah. Similarly, most of the complaints in the instances when our people tried God were instigated by the mixed multitude.”

And Even So, Accept Converts

And even though this was the case, our Sages did not instruct to stop accepting converts, because the fear that a convert from whom righteous Jews would descend, and not be accepted, is much more serious than the fear they will accept converts who, in the first generations, did not behave properly. This is also what Rabbi Eliyahu Gutmacher wrote (Aderet Eliyahu, YD, 87), that the danger of rejecting a convert, who should be accepted, is more serious than the danger of accepting a convert who will return to his former ways. For indeed, our Sages said (Sanhedrin 99b) about Timna who was the daughter of kings, and wished to cling to Abraham’s seed and convert: “She came before Abraham, Isaac, and Jacob, and they did not accept her. She went and became a concubine of Eliphaz, son of Esau, and said, referring to herself: It is preferable to be a maidservant for this nation, and not be a noblewoman for another nation. Ultimately, Amalek, son of Eliphaz emerged from her, and that tribe afflicted the Jewish people.” In other words, as a punishment for not accepting her, the people who caused more trouble for Israel than any other people, were born.

Rabbi Eliyahu Gutmacher (Aderet Eliyahu YD 85) added that in our generations, in which many Jews learn from the Gentiles and follow in their ways, many converts often live more observantly than their Jewish spouses do. Incidentally, this was also the case in the kibbutzim, where the volunteers who converted raised the religious level of the kibbutzim, and apparently, their good influence continues to this day.

In the Opinion of Many Poskim, There is a Need to Convert to Avoid Assimilation

In recent generations, along with the development of science, economics, the values ​​of freedom and liberty and human rights, the temptation to assimilate has greatly increased. Many of the young people stopped keeping mitzvot, and some of them married non-Jews in a civil marriage. A number of them sought to convert their spouses, but did not intend to maintain a religious lifestyle. The big question facing the rabbis is whether to convert and keep their spouses within the Jewish people, or to reject them.

After looking at many responses of the poskim, it seems that the opinion of most rabbis until about fifty years ago, was that if the spouse of the Jew is interested in living only a traditional way of life, he should be converted.

This is the Opinion of the Vast Majority of Rabbis

Indeed, there were also many rabbis who were machmir (stringent), and instructed not to accept converts who would not lead a religious lifestyle. However, most of the responses indicate that they also agree that in practice, the conversion is valid even when the convert did not intend to lead a religious lifestyle. This law was expressed in practical terms when the convert left his Jewish wife and did not agree to divorce her with a get, and the poskim instructed that since his conversion was valid, she was not allowed to marry another person without him giving her a get.

Evidence from Their Overall Words

Thus, it is proven that they too admit that, in practice, if they are converted, their conversion is valid. For if in their opinion there is no validity to the conversion of one who turns out not to lead a religious lifestyle, this should have been the only, or at least, main argument, since it closes the case, and why did most of the strict poskim not mention it?

A parable of this is similar to a person who consults a jurist about buying a house that by law, is forbidden to sell. Is it conceivable for the expert to discuss with him the price of the house, and the condition of the doors, plumbing and air directions, and not to say that the whole discussion is unnecessary, since it is not possible to buy this house?

Similarly, it is comparable to a rabbi who is asked if a Jew is allowed to travel on Shabbat to a relative’s bar mitzvah in a distant city, and the rabbi replies that it is not worthwhile to travel because it harms one’s oneg Shabbat, or because the car key is muktzeh, but does not answer emphatically that there is nothing to talk about, because driving a car on Shabbat is forbidden by the Torah! 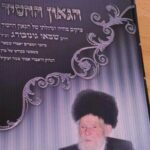 Rabbi Shamai Ginzburg, one of the heroes of the Vienna conversion affair, was a Gur Hasid and an avid Zionist who forced 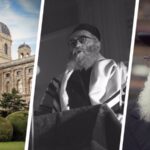 The End of the Vienna Conversion Affair

Among the religious establishment it was clear that the Vienna converts would be adopted, but close to the meeting of the Rabbinical

The Vienna Conversions – The Plots and the Facts 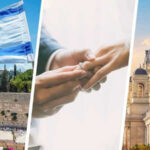 In the year 1969, the Jewish Agency succeeded in rescuing a few Jews from the Soviet Union, but at the transit station 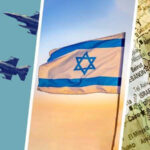 The Vision of the State of Israel

The vision that God assigned to the People of Israel residing in their land, is to bring blessing to all the nations,