Prophecy in the Nation of Israel

As part of writing the volume on emunah (faith) and polytheism including nevu’ah (prophecy) and ruach ha’kodesh (Divine inspiration), and in contrast, witchcraft and sorcery, as part of my series “Peninei Halakha”, I recently dealt with the matter of prophecy, which is one of the foundations of faith. Two of the thirteen tenets of faith written by Maimonides (Rambam) deal with prophecy. Therefore, I thought it would be appropriate to share parts of the draft of the book with my readers.

One of the foundations of emunah is that that God, out of His love for His people and human beings whom He created in His image, reveals Himself to the elect of the tzadikim (righteous) who cling to Him. God sends them prophecy from His Divine light in a way they can perceive and understand as best as possible, and the prophets are even able to give expression to this in thought and speech.

Through the prophecy, the prophet’s attachment and devotion to God increases, he is filled with awe and love for God, and from then on for all his life, continues to yearn and long for the revelation of the Divine light and visions of prophecy (Kuzari 4:3-5; 15; 5-22). The prophet will then desire to reveal the image of God within him, to be a partner in the tikun (rectification) and perfection of the world, and arouse his family, friends, nation and all of humanity to adhere to emunah and morality, according to the guidance of the Torah.

By means of prophecy, man is privileged to ascend beyond the limits of the body, connect and cling to God, and as a result, merits receiving a higher consciousness beyond the limits of the human mind. All at once, he sees a complete and complex picture, by means of which he transcends in the understanding of Hashem’s revelation of Divinity, and ways of guidance in the world (Derech Hashem, Vol. 3, 4:6).

Prophecy is absorbed in the imagination, and clarified by way of the mind. The consciousness received is certain and clear, in contrast to consciousness absorbed by intellectual proofs that, by nature, are liable to fall into doubt. Consequently, by means of prophecy, man is able to understand the essence of life and emunah and their meaning, more than by the intellect alone. On the other hand, however, since prophetic consciousness is absorbed with the help of imagination, lacking the mind’s critique of the images of prophecy, man is liable to err in its understanding, and therefore, the prophet’s intellect must be fully developed, and he must be familiar with the various wisdoms (Kuzari 1: 11; 4: 3:11; HaIkarim 3:10; see, Midot HaRaya: Emuna 7).

The Level of the Prophets

There were prophets whose prophecy was intended for themselves, by means of which they were elevated in the understanding of emunah and the meaning of Torah, and as a result, continued to rise in the refinement of middot (character traits) and good deeds, and had a positive influence on those around them. Most of the prophets, in addition to their personal virtue, were sent by God to announce His word to other people, or to the public. Certain prophets received a momentous prophecy intended for all generations, and these are the words of prophecy included in the Books of the Prophets in the Tanakh (Hebrew Bible). Our Sages said: “Many prophets arose for the Jewish people, numbering double the number of Israelites who left Egypt” (Megillah 14a). However, in the Tanakh, the Anshei Knesset HaGedolah (Members of the Great Assembly) included only the prophecies of forty-eight prophets and seven prophetesses whose prophecy was needed for generations.

Prophecy in the Nation of Israel

The most characteristic feature of Am Yisrael is the desire to add goodness and blessing to the world by revealing God’s word and blessing, through the settlement of the Land of Israel, and by walking in the ways of God in righteousness and justice (Genesis 12: 1-3; 18: 18-19). Since prophecy is intended to reveal the word of God and His guidance for the rectification of the world and its redemption, the attribute of prophecy is the talent that most characterizes Am Yisrael. As Rabbi Yehuda Halevi explained in his book the “Kuzari,” the attribute of prophecy is the unique virtue and segulah (treasure) of Israel, and in reference to this, the verse says: “You shall be My special treasure among all nations” (Exodus 19: 5). This is what Moshe Rabbeinu said: “I only wish that all of God’s people would have the gift of prophecy! Let God grant His spirit to them all!” (Deuteronomy 11:29), and this will take place in the future, namely, that all Israel will receive prophecy, as it is said: “After this, I will pour out my Spirit on all humanity. Your sons and daughters will prophesy, your old men will dream dreams, your young men will see visions” (Joel 3:1). Consequently, everyone will enjoy an abundance of light and life and add goodness and blessing to the world, each person according to his own unique level.

The Revelation at Mount Sinai

Accordingly, at the revelation on Mount Sinai, all of Israel – men and women, old and young – merited an unparalleled level of prophecy, and although as a rule only a wise and virtuous person can receive prophecy, at the revelation on Mount Sinai God wished to reveal to Israel their segulah, i.e., that everyone is worthy to be spiritually elevated in wisdom and refinement of middot, and merit prophecy (Kuzari 1: 41-43).

Our Sages said that all the souls of Israel who were to be born in the future, were also present at Mount Sinai, and absorbed the foundations of emunah and Torah. This is what Moshe Rabbeinu said to the future sons of those standing at Mount Sinai, who were not present at the revelation themselves: “God your Lord made a covenant with you at Horeb. It was not with your ancestors that God made this covenant, but with us – those of us who are still alive here today” (Deuteronomy 5: 2-3). Therefore, when parents educate their children to Torah and mitzvot, they are not teaching them something new, rather, evoke something inherent in their soul from the revelation at Mount Sinai, as the Torah says: “But it is not with you alone that I am making this covenant and this dread oath. I am making it both with those who are standing here with us today before God our Lord, and with those who are not yet here with us today” (Deuteronomy 29: 13-14). Our Sages added to this, and said that even the root of the neshamot (souls) of converts to Judaism participated and stood at Mount Sinai (Shabbat 146a).

Our Sages said that God rests His Shechinah (Divine Presence) “upon families of unflawed lineage among Israel”, and not on families that have pisulei chitun (ineligible marriage) who are unworthy of prophecy (Kiddushin 70b). Gerei tzedek (righteous converts) in Clal Yisrael are also worthy of prophecy (Tosefot Rosh and Maharit, ibid). We have also learned that Ovadiah the Ger was a prophet, and merited prophecy because he hid a hundred prophets in a cave, provided for them, and saved their lives (Sanhedrin 39b). Some Torah authorities say  that the primary prophecy of gerei tzedek is for the sake of the nations of the world (see, Meshech Chochma, Devarim 18: 15, and perhaps Kuzari 1:115 can concur with this).

Prophecy in the Merit of Israel

Since prophecy is the revelation of the word of God to perfect the world, and for this purpose God chose His people Israel, consequently, when Israel is unable to act straightforwardly for the good of the world and its rectification, prophecy is not revealed. God did not speak even to Moshe Rabbeinu – except in the merit of Israel (Berachot 32a). Our Sages also said that Hillel the Elder deserved receiving prophecy but his generation did not merit it, and consequently, he did not receive prophecy (Sanhedrin 11a).

When Israel is deserving of revelation of the Shechinah on a high level, those worthy receive prophecy on a superior level, such as Moshe Rabbeinu, who lived in the generation of the birth of the Israeli nation and the receiving of the Torah. When Israel is on a lesser spiritual degree, their prophets receive prophecy of a lesser degree as well. Thus, the virtue of the first prophets was higher than that of the latter prophets who lived in the period leading up to the destruction of the Holy Temple (Gra, Isaiah 1: 1).

The Land of Israel is the Place of Prophecy

Since prophecy is the revelation of the Divine Presence for the purpose of rectifying the world, the primary location of prophecy is in the Land of Israel, the Holy Land, the place intended to reveal the word of God to the world. Thus, in practice, almost all of the prophets lived in the Land of Israel. Jerusalem, the Holy City and abode of the Holy Temple, was the center of prophecy, as our Sages said, that any prophet whose city is not explicitly mentioned is known to be from Jerusalem (Megillah 15a). In contrast, it is almost impossible to prophesy abroad, as our Sages said: “The Divine Presence is not revealed abroad.” Therefore, when the prophet Jonah wanted to cease prophesying about Assyria – he left the Land, as written (Jonah 1: 3; 10): “But Jonah ran away from the Lord and headed for Tarshish… he went abroad and sailed for Tarshish to flee from the Lord” (Michilta d’Rebbe Yishmael, Bo; see, Moed Katan 25a).

All Bnei Noach are Worthy of Ruach HaKodesh (Divine Inspiration)

All Bnei Noach (the sons of Noah) are worthy to receive ruach ha-kodesh, as our Sages said (Eliyahu Rabbah 9): “I call heaven and earth to witness: The spirit of holiness rests upon each person according to the deeds that person performs. It matters not if that person be non-Jew or Jew, man or woman, manservant or maidservant.” Rambam also wrote similarly (Yesodei HaTorah 9: 1).

True, prophecy dealing with the clarifications of Torah was given only to Israel, as written: “God will set up for you a prophet like me from among your brethren” (Deuteronomy 18:15), and as our Sages (Sifri) explained, this refers to prophets from Israel in particular. Maran Rabbi Kook explained that this is so that there will be one center that will preserve and reveal the Emunat HaYichud (belief in the Oneness of God) (Le’Nevuchei HaDor 8; 14: 1). And Rambam in ‘Igeret Teman’ explained that God agreed that a prophecy of prediction of the future would be only in Israel, but a prophecy designed to inspire people to believe in the Torah of Moshe, could be from all nations.

Our teacher and mentor, Rabbi Tzvi Yehuda HaKohen Kook ztz”l explained that prophecy in general is a level belonging to Israel, while ruach ha-kodesh belongs to Israel, and to all the nations. 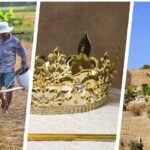 The Natural Blessing in the in Shmita Year

In the ideal situation in the Land of Israel, there is no need for miracles, because thanks to the study of Torah 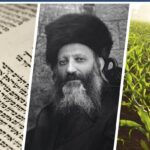 The Dispute over Conversion and the Heter Mechira

Many similarities can be drawn between the controversies over the heter mechira and the conversion of traditional Jews. The halakhic clarification surrounding

The Chief Rabbinate and the Question of Conversion

Recently, I have clarified the position of our rabbis, that in order to prevent assimilation, it is correct to convert someone who

From Holocaust to Procreation

The memory of the Holocaust should inspire us to stand up to all our enemies, and out of the affront of the

Continue the Joy of Purim for the Entire Year

Whom should one send mishlo’ach manot to on Purim, and with whom should he eat the meal? * The mitzvah of sending mishlo’ach