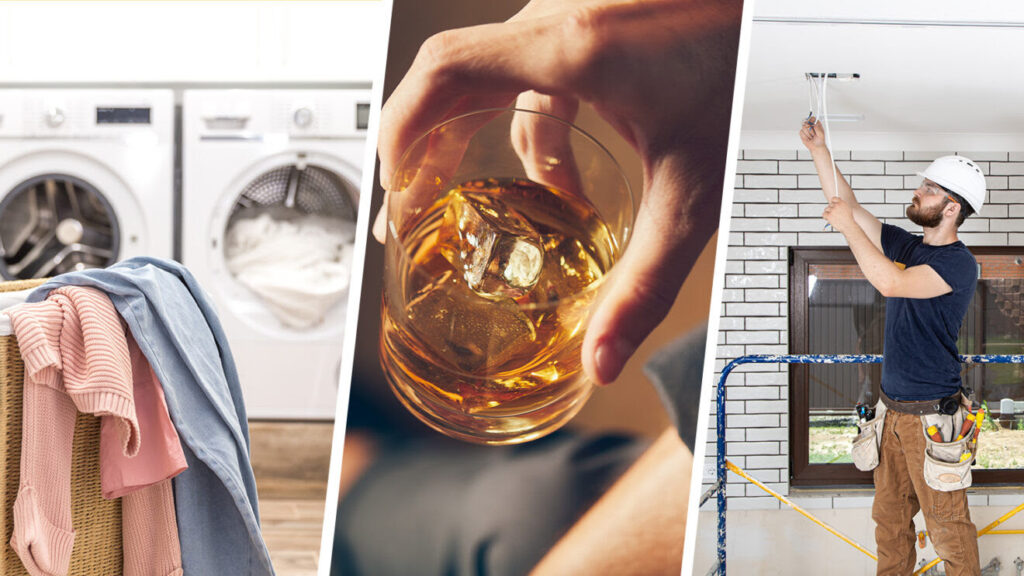 Building houses is permitted during the Nine Days, but renovations intended for decoration or luxury are prohibited * The prohibition of drinking wine also includes grape juice, but other alcoholic beverages are permitted * Children’s dirty clothes and bedding are not included in the prohibition of laundering, and there is no aspect of joy in washing clothes for them

The Customs of the Nine Days and Shavua She’chal Bo

The Sages state in the Mishna (Ta’anit 26b), “When Av arrives, we curtail our joy,” because this is a period of mourning over the Temple’s destruction. Therefore, one should not engage in joyous activities like hikes, hotel vacations, and social gatherings. Communities may schedule only events whose main purpose is educational or communal. In addition, one who needs to relax for health reasons may take a vacation in a hotel or a convalescent home.

Music: From Rosh Chodesh Av, one should not listen to happy, normal music through electronic devices, but one may listen to sad songs in a quiet tone. One who is listening to a radio talk show that occasionally plays musical selections is not obligated to turn the radio off.

According to the Ashkenazi tradition, one should not bathe in hot water for the entire Nine Days, but bathing in lukewarm water for cleansing is permitted. Lukewarm means that there is no suffering from them.

Bathing in a Pool or in the Ocean

When the purpose of bathing is for recreation, it is forbidden already from Rosh Chodesh, because one must curtail his joy.

When the goal is for health reasons, such as in the case of people who are used to swimming in a pool every day – according to the tradition of Sefardim, it is permitted until Shabbat Chazon, and according to the Ashkenazi custom, they refrain for all of the Nine Days, and one who wishes to be lenient like the Sefardi custom, is permitted.

Those who need to swim for a medical reasons – from the outset, may swim until the eve of Tisha Be-Av.

Reciting the Blessing She-hechiyanu on a Friend

One who sees a close friend during the Nine Days after not seeing him for thirty days, and is happy to see him, should recite She-heĥeyanu, since if he does not recite it immediately, he loses the opportunity to recite the berakha. And although one should refrain from reciting the blessing She-hechiyanu during Bein Ha-Metzarim (the Three Weeks), in the event that if one does not recite the blessing he will lose the opportunity – one should bless.

During the Nine Days, building houses is permitted, but it is forbidden to expand an apartment or a balcony unless there is an essential need to do so. It is also forbidden to whitewash or paint the walls of a house, or to make renovations intended for decoration or luxuries that are not especially necessary, such as replacing cabinets, curtains and blinds. And in the event that postponing doing them after the Nine Days is liable to cause a big loss – it is permitted to do them.

For the purpose of a mitzvah, such as building a synagogue, it is even permissible to whitewash, paint, and install curtains and blinds. And anything that is necessary for the public, such as a school, is considered a mitzvah purpose for this matter.

It is customary not to enter a new apartment (bought or rented) during the Nine Days. However, if delaying the entry will cause a great loss – one is permitted to enter.

One also may not sew or knit new clothes or crochet a yarmulke during the Nine Days. However, one may mend old clothes. One who makes a living sewing clothes or manufacturing fabrics, and if he does not do it for the entire Nine Days, will have a significant loss – he may act leniently.

We curtail joyous business transactions during the Nine Days. That is to say, one may not buy luxury items like jewelry, clothing, fancy appliances, new furniture, or a car for personal use. Throughout the Three Weeks, one may not purchase anything that would require him to recite She-heĥeyanu. However, if it is something that does not require one to recite She-heĥeyanu, like a garment that still needs alterations or a jointly-owned piece of furniture, one may buy it until the first of Av.

It is preferable to curtail even ordinary, non-joyous transactions. For example, if one usually makes a big shopping trip and stocks up on food and household items only once every few weeks, he should ideally do so before, or after the Nine Days.

One may buy joyous items if they are needed for the sake of a mitzvah. Therefore, one may purchase tefilin or Torah books during this period, because they are mitzvah accessories, and because one customarily does not recite She-heĥeyanu over them. However, those who are very happy in purchasing their books – since it is appropriate for them to recite She-hechiyanu over the books, should not purchase them.

If one comes across an opportunity to buy an item that brings joy at a bargain price and is afraid that he will lose this opportunity if he waits until after Tisha Be-Av, he may purchase it during the Nine Days. However, it is best to bring it home or begin using it, only after Tisha Be-Av.

Merchants who deal in luxury items that bring joy, like jewelry and fancy clothing may do business during the Nine Days, in order to avoid losing their customers and thereby incurring great financial loss. One who is able to close his store for the duration of the Nine Days without incurring significant financial loss should do so.

It is the Ashkenazic custom to abstain from meat and wine throughout the Nine Days including Rosh Chodesh Av, and according to the custom of most Sephardim, one may eat meat and drink wine on Rosh Chodesh; the prohibition begins when the day ends. The custom of Yemenite Jews is not to be stringent about this at all; they eat meat and drink wine throughout the Nine Days, only abstaining from meat and wine at the se’uda ha-mafseket, as the Mishna rules.

The prohibition on eating meat includes all types of meat: beef and poultry, fresh, frozen, and cured. Fish, however, is permitted. It is customary to be particular even regarding foods that were cooked together with meat. For example, if potatoes were cooked with meat, one should not eat even the potatoes alone during the Nine Days, because the flavor of meat can be discerned in them.

Grape juice is included in the prohibition on wine, but alcoholic beverages like whisky and beer are permitted. One also may season a dish with wine vinegar.

If wine was added to dough, the resulting baked goods may be eaten during the Nine Days, because one cannot detect the flavor of wine in them. Le-chatĥila, however, one should not mix wine into dough during this period.

At mitzvah feasts such as the end of a treatise or an important book – it is permissible to eat meat and drink wine.

One may taste the meat dishes that one prepares in honor of Shabbat, to see if they need additional seasoning.

Meat left over from Shabbat should be kept in the freezer until after Tisha Be’Av. The person who recites havdala after Shabbat Ĥazon may drink the wine in the havdala cup, but it is preferable to make havdala on grape juice. Havdala can also be made over mashkeh medina, such as beer.

Prohibition of Laundering for Ashkenazim

According to the custom of Ashkenazi Jews, laundering is forbidden on all of the Nine Days, and according to the custom of the Sephardic Jews, it is forbidden to launder only the week in which Tisha Be’Av falls, and this year, when the fast falls on Sunday, only on Sunday is there a prohibition. Therefore, all the prohibitions of laundering this year pertain to Ashkenazi Jews only.

Ironing clothes and washing them with dry cleaning is also prohibited. Nevertheless, cleaning a small stain with soap or water is permitted.

Those who did not prepare clothes for themselves by wearing them at least an hour before the prohibition time – may place the laundered clothes on the floor for a while, or step on them a little (without shoes), and thus, they will not be considered laundered.

It is permissible to wear washed underwear and socks on these days, and to change dirty hand towels, because there is no pleasure in changing them, but rather, the removal of something filthy. And if there are no more clean ones left, it is even permissible to wash them.

Children’s dirty clothes and bedding are not included in the prohibition, because they soil their clothes, and there is no joy in washing them for them.

Shabbat clothes are not worn on the weekdays of these days, even if they are not laundered. Consequently, on Motzei Shabbat, one must remove his Shabbat clothes. However, in preparation for a Brit Milah, the father and mother are permitted to wear Shabbat clothes, as well as the parents’ first-degree relatives, as well as the mohel and the sandak (godfather). And in honor of a Pidyon Ha’Ben, the law for the father, the mother, and Kohen is the same.

One who earns a living from a laundromat, may operate it until Shabbat Chazon. And those who do laundry for hospitals and hotels are permitted to work even on the week Tisha B’Av falls.

In the opinion of many poskim, shaving is included in the prohibition of haircuts, and some hold that shaving is permitted, because nowadays it is a routine act to remove ugly hair. In practice, each person should follow his father’s custom, so as not to harm his honor. And for those who do not have a custom, it is correct not to shave during the Nine Days, even though in this way one enters Shabbat Chazon unshaven. This year, when Rosh Chodesh falls on the eve of Shabbat, it is possible to shave before Shabbat, since the custom of mourning will be reflected throughout the week after Shabbat.

It is permissible to cut one’s mustache if it interferes with eating, and it is permissible for a woman to cut the hair that has begun to come out of her head covering, and remove hairs that mar her beauty. 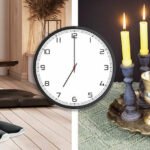 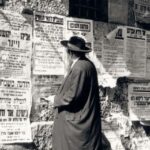 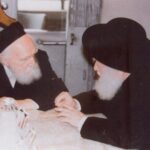 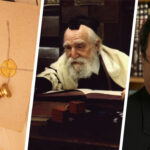 The Lenient Opinion of Conversion