The Festival of Freedom and Faith

The prohibition against ḥametz on Pesaḥ is especially stringent, for the Torah not only forbade eating it, but commanded that it not be seen nor found in our possession. Our Sages further forbade eating any food with even the slightest amount of ḥametz mixed in. Thus, the avoidance of ḥametz on Pesaḥ is absolute. This is because ḥametz symbolizes evil, as it says in the Zohar (2:40b) that ḥametz is the evil impulse. Specifically, it alludes to the impulse of pride. Fermentation causes dough to rise – it looks as though the dough is inflating itself and puffing up with pride, as an arrogant person would. In contrast, matza, which remains in its original size, as it was when God created it, symbolizes the trait of humility.

At first glance, this is difficult to understand. If ḥametz represents the evil inclination, why is there no commandment or custom to avoid it throughout the year? On the contrary, humanity is praised for knowing how to make wheat into fine ḥametz cakes (see Tanḥuma Tazri’a 5). This was the Creator’s purpose in endowing human beings with the wisdom and practical skills to engage in developing the world. God created an imperfect world intentionally, so that human beings could imitate God’s deeds and take part in improving the world by developing science and technology through diligent work. In other words, human beings are enjoined to improve and expand nature through a process that is perfectly analogous to turning wheat into baked goods. Thus, ḥametz is a good thing.

The answer is that there are two types of pride: One is that man exaggerates his own praiseworthiness and thinks he is wiser, stronger, and better than he really is. Any intelligent person understands that such pride harms one’s ability to actualize his potential, for it impairs his ability to judge, he cannot conduct his life properly, and instead of being happy with his accomplishments, his life is filled with errors and disappointment. Such pride is inappropriate all year long and has nothing to do with the prohibition of ḥametz. On the contrary, such pride distracts people from producing good things for the world.

The Invalid Pride towards God

The second type of pride, which the prohibition of ḥametz on Pesaḥ is designed to root out, is a person’s pride vis-à-vis his Creator, his God. Jewish faith is predicated on the acknowledgment that God created the world and determined its destiny, and that the roots of all things depend on Him alone. Although God gave humanity the ability to improve and to develop the world, this is limited to manipulating and developing the derivatives of the core elements of creation; human beings have no power over those core elements, which are divine creations. God created the world, gives life to all people, chose the people of Israel to be His am segula, His treasured nation, and gave Israel the Torah. Human beings have no authority to call these fundamental principles into question. Therefore, when one stands before his Creator, he must envelop himself in humility and make every effort not mix his human thoughts with the fundamental principles of creation. Such confusion, like ḥametz on Pesaḥ, is forbidden. Just as suicidal thoughts are fundamentally flawed because our lives are a gift from God and not ours for the taking, so too, one who mixes human ideas into the principles of faith inevitably emerges with flawed ideas.

Returning to the Foundations of Faith on Pesach

Pesaḥ, and especially the Seder, is designed to instill in us the fundamentals of faith: that the world has a Creator, that He watches over His creatures, and that He chose the people of Israel to reveal His name in the world. Whenever an aspect of the divine is revealed in the world, it appears in a completely miraculous fashion, to show that it is not a human endeavor. Thus, the Exodus was accompanied by signs and wonders, to make public that the election of Israel was a divine matter. Similarly, the Torah was given with obvious miracles, to a generation that lived miraculously for forty years in the desert, in order to make it known that this was an entirely divine matter. In other words, we receive the fundamental principles of faith from God – we do not invent them. Whoever mixes some human aspect into these basic principles of faith is guilty of idolatry. This is alluded to in Zohar’s statement that ḥametz on Pesaḥ is idolatry (2:182a).

Therefore, on Pesaḥ, the holiday geared toward imparting the fundamentals of faith, we are commanded to be extremely cautious to avoid eating and possessing even a smidgen of ḥametz, which symbolizes our human aspects that must not get mixed in when we speak about the roots and foundations of faith. During the rest of the year, however, when we nurture and improve the branches that develop from these roots, ḥametz is allowed and even desirable.

The Meaning of Matza

Matza, symbolizing our recognition that the spiritual roots of things are beyond our grasp even though God granted us the ability to operate within and improve the world, is the opposite of ḥametz. Therefore, on Pesaḥ, when we are engrossed in the fundamentals, we do not mix even one iota of ḥametz in our food. We eat only matza, which remains simple and thin throughout its baking, without going through any additional process of swelling.

Through humility before God, expressed in the matza, we internalize the faith, first revealed at the Exodus from Egypt, that God actively watches over the world and elected Israel. To be sure, there were individuals who believed in God even before the Exodus, but their connection with the divine was of a personal nature. The wholeness of faith was first revealed only at the Exodus, with the formation of a complete nation containing all strata of society destined to manifest God’s name in the world.

Matza comes to remind us of faith. Zohar (2:183b) calls matza the “food of faith” (meikhla de-mehemnuta) because by eating matza on the Seder night with the proper intent, one achieves faith, and by eating matza all seven days of Pesaḥ, one implants that faith firmly in one’s heart (Pri Tzadik, Pesaḥ 9).

Every year anew we are commanded to celebrate Pesach, and to connect to the foundations of the faith and purify them. For in practice, throughout the year we need to “clothe” faith in annotations and explanations, by means of which we can act to repair the world. These explanations are in the sense of “chametz” that add a blessing to the world, but over time they are liable to make us think that these “garments” of faith are faith itself, and thus faith becomes stale, and turns into a sort of idolatry. By way of Pesach and the eradication of chametz, we return to purify faith, and distinguish between the foundations of faith, and the “garments” of faith.

Moreover, the “garments” of faith change from time to time. “For what the King wears in the morning, He does not wear in the evening” (Tikkunei Zohar 22), as Rabbi Kook explained in his essay “Daat Elokim”. That is, certain beliefs are appropriate for their time, but as the period changes, they are no longer sufficient. And sometimes they are suitable for some people, and others not. The prohibition of chametz is in the sense of the prohibition of dealing solely with “garments” of faith, in order to purify faith, and differentiate it from its “garments”.

An Example of the Difference between Men and Women

For example, God created man in two sexes, male and female, between which there are substantial differences. Yet the essence of man and the difference between male and female are deeper than man’s comprehension, and yet it is important for us to understand them and clarify them according to our perception – such as man is more inclined to the intellectual side, and woman, more to the emotional side. All explanations, however, are in the sense of “garments” of the essence. Over the generations, perception has gradually become deeper, and thus the explanations, which are the “garments”, have changed.

The general rule is that the foundations God created are firm and valid, but the “garments” change. And every year on Pesach we return to the foundations of the faith and are renewed, and as a result, we can clothe the foundations and clarify them in the best way so that we can add affinity and devotion to the Torah and mitzvot, and continue to repair the world.

One Who Demeans the Holy Days

An important principle is articulated in Mishna Avot (3:11): “Rabbi Elazar Ha-Moda’i says: ‘One who desecrates holy foods, one who demeans the holy days…and one who expounds the Torah not in accordance with halakha, even if he has Torah study and good deeds to his credit, has no share in the World to Come.’”

My teacher and rabbi, R. Tzvi Yehuda Kook, would ask how one with Torah study and good deeds to his credit could not have a share in the World to Come. Moreover, since the mishna does not specify how much Torah study and good deeds this person has to his credit, it is implied that even if the person is a great Torah scholar, highly scrupulous in his observance of mitzvot, and a doer of many good deeds, he has no share in the World to Come since he demeans the holy days and expounds the Torah not in accordance with the halakha.

This is what the mishna meant by “one who expounds the Torah not in accordance with halakha.” Even though he studies it diligently, to him it is not God’s Torah but merely human wisdom, so he occasionally permits himself to interpret it in opposition to the halakha. Thus, he demeans the holy days in that he thinks they are customs and traditions that human beings invented to give expression to all sorts of spiritual notions. He thereby denies that they are God-given mitzvot of the Torah. Therefore, even though he may have studied much Torah and performed many good deeds, and he is thought of as a good, honorable man in this world – he has no connection with holiness. He has no share in the eternal historical mission of the Jewish people, and thus has no share in the World to Come. 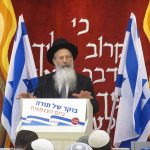 The Virtue of the Nation of Israel

The virtue that sets the nation of Israel apart from other nations and beliefs, and makes them a chosen people, is the

The Importance of Ascending the Temple Mount 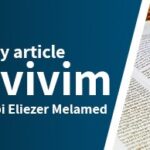 The Priesthood as Inspiration for Teachers and Life

Just as the kohanim are required to sanctify themselves for the purpose of their service, so every professional should strive to broaden

Family Purity, the Influence of Zionism on Religiosity, and the Use of Bar Soap on Shabbat

Contrary to the norm, according to which the study of the laws of family purity is appropriate only for adults or married

Two Methods of Constructing a Mikvah

With the improvement of pumping systems and the supply of water, the need arose to replace the water in which the public